We stand for flexibility, quality and a culture of open communication. We are an organization certified by the Netherlands Association of Accounting and Tax Experts (NOAB).

As of January 1st 2015, Robert Goemans (1978) has joined Bendor as a partner. Prior to Bendor, Robert had worked for Deloitte as an accountant for 8 years, during which, as a manager, he has audited various international and listed companies, and SMEs. Afterwards, Robert transferred to the Transaction Services practice. During his 3 years as a manager, Robert has been involved with multiple international mergers and acquisitions. Robert has successfully completed the postdoctoral program at the University of Amsterdam for being a certified public accountant (CPA).

Flexibility, quality and a culture of open communication. We receive positive feedback on how we work together with our clients.

Advantages of a NOAB certified office

With regular requalification by the NOAB, our services always meet the required standards.

As a NOAB member, we are obliged to stay informed on new and changing legislation and regulations.

Being entrepreneurs themselves, all NOAB members fully understand their clients

NOAB closely works together with the government and other relevant institutions to improve current standards and the way we operate.

In short, being a NOAB certified office means Bendor may issue a NOAB Compilation Report. This Compilation Report adds value to your annual accounts and is seen by most organizations (such as banks) as equal to a compilation report issued by  a registered accountant. 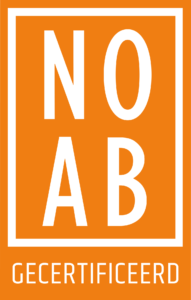 What does this mean for you as our client? Read the most important features of a NOAB agency:

View our services
What can we do for your organization? Contact us